One great thing about growing up in Vancouver is the endless amount of choice you’re provided with as you’re growing up – since Vancouver has such a moderate climate, there’re any number of activities that you can get involved with as a kid/teenager. I spent a lot of my teenage years doing flat water sprint kayak (I was an athlete in the 2009 Canada Summer Games). I also spent a bit of time coaching atheletes and doing volunteer work for kayaking clubs in the Lower Mainland. Although I’ve since recalibrated my goals; I’ve done a few undergraduate research projects at Simon Fraser University, I’ve worked as a web developer at the Beedie School of Business, and I’ve poked at bioinformatics during an internship at the BC Center for Excellence in HIV/AIDS Research.

I finished my MSc in 2017 at the uOfC, but figured that I’d delay getting a “big-boy” job and instead persue a PhD. Jokes aside, it’s been super rewarding and I really appricate the flexibily I have as a PhD student. In a nutshell, I’m extending the work I did during one of my research terms at SFU and my Masters. My work is primarily focused on compact generating functions for function spaces that are generated on both Cartesian and non-Cartesian lattices.

I’ve also contributed to the open source project Umple as a UCOSP student. I also do blockchain stuff on the side, I’ve written some high performance GPU kernels for Ethereum mining. I’ve done some robotics on the side as well (the RIPT stuff), and I adore the beauty of mathematics. I’ve also got one or two games I’ve been developing on the side (which aren’t ready to be discussed :) ). I also make bathbombs, and soap and music as lower frequency hobbies.

But most importantly, I have a cat. Her name is Soapy. I love her. Here she is 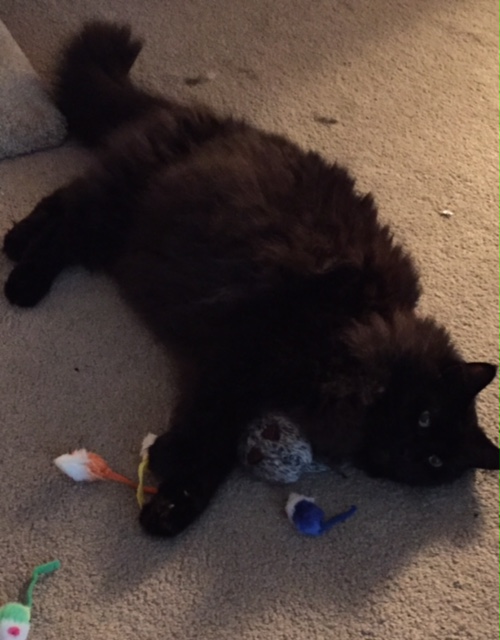