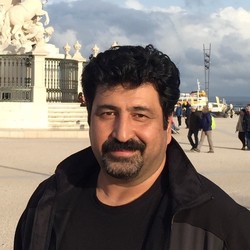 I am a full professor of the Department of Computer Science at the University of Calgary. My main research focus is on Computer Graphics and Visualization. Specifically, I have made contributions to the area of modeling methods for 3D objects. While achieving success in theoretical research, I enthusiastically pursue practical applications related to my primary research. My efforts and leadership on various theory to real-world projects have made contributions to various technological innovations to Digital Earth, Sketch-based modeling, and Medical Visualization.

I have more than 150 peer-reviewed publications and eight Best Paper Awards. I have supervised and trained 14 PhD, four Postdoctoral Fellows and more than 40 MSc thesis-based students.

I am leading the Graphics, Interaction and Visualization (GIV) research group at the Department of Computer Science. For projects and other ongoing activities in my research team, please refer to GIV webpage.